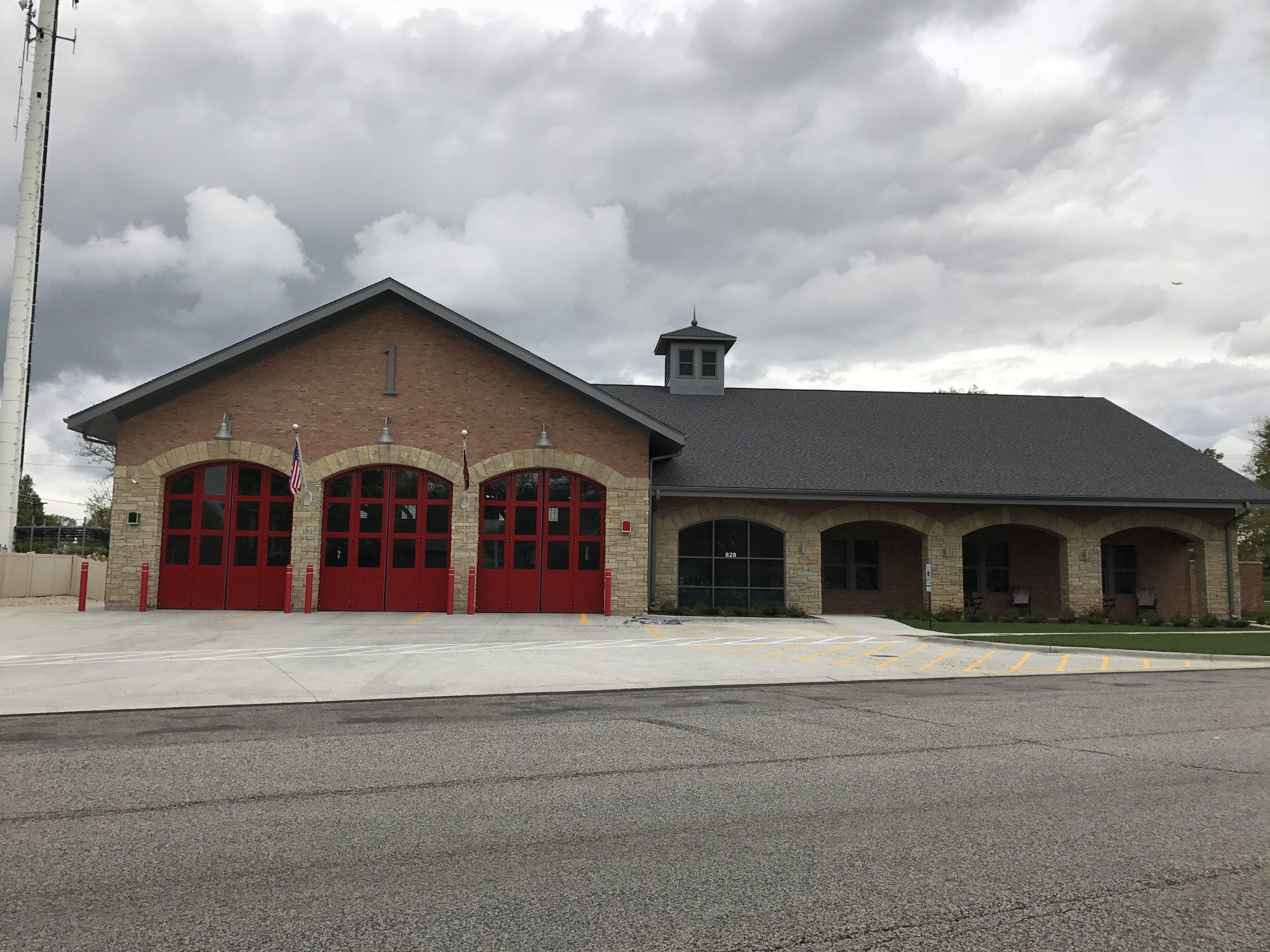 The original Fire Station One was built in 1959 to replace the firehouse at 921 State St. in downtown Lockport. At that time, there was only one paid man per day to bring the engine to calls and the volunteers responded to the scene.  After 57 years of productive use, the existing station was no longer adequate to serve the needs of the modern fire department and the Fire District Board made the decision to demolish the existing station and build a new replacement at the same site.

The floor plan design of the new station is similar to existing stations No. 4 and no.5 but with specific exterior features which recognize and pay tribute to the nearby seven arches bridge.  The station is approximately 9,000 square feet and includes three apparatus bays, sleeping quarters for six, an open plan combined day room, kitchen and dining area, fitness area, a three workstation office space and the normal ancillary support and mechanical spaces.